We have witnessed a strong example of representation matters as of late when it comes to African Americans in the mainstream, with the success of Black Panther and various television shows that put blacks at the forefront. In the 90’s there was a huge surge of Latinx in music during the Latin explosion and today, there are several actors and actresses in hit television shows like Orange is the New Black and Luke Cage to name a few. But what does it mean when you happened to be Black and Latinx? Is that a thing? Where do we fit in?

The topic of Afro-Latinos has surfaced as of late when Love & Hip-Hop: Miami pop singer Amara La Negra, was told her look wasn’t what pop is looking for. And it wasn’t because of the way she dressed, or she was unpolished, it’s because she walked into the studio wearing her hair in its natural state, an afro. Producer Young Hollywood explained to the singer he wanted “More Beyoncé and less Macy Gray.” Without saying it in terms, Young Hollywood wanted La Negra to have more European centric features instead of embracing her African heritage. In Charisse Jones and Kumea Shorter-Gooden’s book, Shifting: The Double Lives of Black Women in America developed the term “the lily complex” which means, “altering, disguising, and covering up your physical self in order to assimilate, to be accepted as attractive.” Because of La Negra’s big tight curled hair, Young Hollywood didn’t believe she could be appealing to the consumer. Young Hollywood continued to explain his feelings, “You can look like a soul sister or you can be beautiful and elegant.” Which Amara beautifully responded with “I can’t look elegant with a fro?” Afros and natural hair have constantly been described as “unprofessional” or “unkempt” whereas long flowy hair will and has always been accepted by all cultures.

During the confessionals, Amara proclaimed that she is a proud afro Latino and loves her kinky afro. But this dissertation is not new. Suits actress, Gina Torres opened up about her experience when she started out in Hollywood and quickly realized that even though her last name is Torres and she identifies as a Latina, Hollywood and the world does not see her in that way.  “When I became an actress I quickly realized that ‘the world’ liked their Latinas to look Italian and not like me.” And throughout her whole career, she is cast as mainly a black woman rather than as a Latina. Society is conditioned to embraced Latinos to look like Jennifer Lopez and Salma Hayek, however when they do not fit the description of what we’re accustomed to – questioning if they are even Latino.

After the episode aired of Love & Hip-Hop aired, Twitter went ablaze with its debates discussing Young Hollywood was correct with his description of what the music scene accepts or if Amara was right to embrace her afro heritage. Amara went onto The Breakfast Club where she went into a further dialogue about her experience as an Afro-Latina in the music industry. Throughout the interview, radio hosts, Charlemagne and DJ Envy discredited her assessments and proclaimed her remarks are simply not true because Cardi B is currently famous and she’s a Latina. But they’re completely missing the point, Amara isn’t discussing the lack of Latinas in the music industry, she’s questioning why there are not more women in the industry that look like her and it’s harder to get ahead when you’re darker skinned. Interesting enough, DJ Envy and Charlemagne were capable of understanding this topic when Jermaine Dupri mentioned the exact topic on the show the day before, shedding light on the fact that dark-skinned singers have a harder time being a success in the industry.

Colorism is real and so is being Afro-Latinos. According to the 2016 Pew Research Study, one-quarter of US Latinos identify as Afro-Latino, Afro Caribbean, or African descent with Latin roots. Latin culture has strong roots from Africa, and you can see the influences within the varied hair textures, skin tones, and facial features. Majority of the cuisines, cultures, fashion, all have major similarities to Africa.

When I think of Black Latinx, I recollect my identity, I reflect on someone who hasn’t fully embraced my Latin heritage because I’ve been so used to acknowledging that Latinx should only be a certain way, fair skinned and the ability to speak Spanish. However, my roots are Latin on my mother’s side. My grandfather is from Costa Rica and his father is from Panama, both were dark skinned but were Latin. I always claimed to be Black and Caribbean, because I knew the world would see me as black rather than Afro-Latino

Why in 2018 are we still questioning people can be both Black and Latin? Why is this a hard concept for people to understand? Why am I still incapable of accepting my Latin heritage? It’s probably because the dialogue isn’t happening as much to enhance our understanding. And the lack of representation of Afro-Latinos playing Afro-Latinos and pop stars being able to not have to pick a side and embrace being Afro-Latinos. And why I am so thankful for Amara Le Negra for using her platform to educate others that we matter. That we are beautiful. That we are enough. That we can be both black and Latinx and the world must accept it that we are out here. 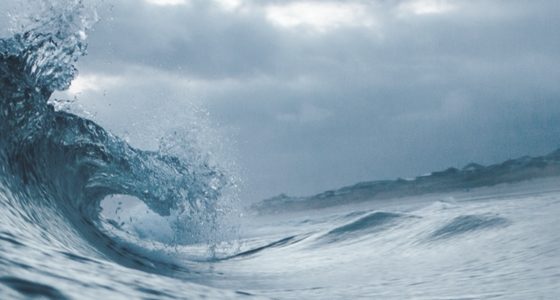