A form reply to everyone I haven’t responded to in a while: Sorry!

How are you?! Thank you for reaching out. I know I haven’t been in touch. Yes I did get sick. Mm-mm-mm-mm my Corona(virus). Oh how we laughed before my shrivelled lungs said enough. If you can’t amuse yourself. Don’t worry though. I’m feeling much better!

My symptoms started on the 9th of March. The UK’s government mandated quarantine started on the 24th. While I hallucinated my upstairs neighbours were trying to poison me with gas through an elaborate system of vents or vomited into a trash bag something the colour and consistency of shaving foam, people were going to the movies. I don’t know why that single activity feels so poignant to me but it does. I thought about it often.

I self-isolated for 22 consecutive days. I was scared. I didn’t speak to anyone who wasn’t on a screen. I didn’t want to get anyone sick and the deluge of information explaining how not to get sick had not yet extended to what you should do if you already were. There was eerie surrealism in learning about symptoms days after you’d gotten them. An immersive experience not unlike the play ‘Cats’ only slightly less uncomfortable and boring. My working theory (I’ve stolen quotes from multiple scientists and repackaged them as ‘my working theory’ in case of an opportunity to shoehorn in some grandstanding on FaceTime/Zoom/Skype) is we are infectious for 14 days. I don’t know what my lasting symptoms are. I may have lost 20 to 30% of my lung capacity, which I feel acutely. I may have neurological damage. My sense of taste and smell is coming back in dribs and drabs and none of my extremities have gone a faint turquoise for nigh on three weeks so it’s like, not all bad? But after this time, I’m still just starting to get back to myself again.

I went to a supermarket and checked social media for the first time on the same day earlier this week and both were the same kind of overwhelming and disorienting. The world has fundamentally changed since I last opted in. And even though, having already had it, King Fauci himself said he is sure I am 99.9% less likely to be reinfected, I still feel like the literal sick man of Europe. I get it. I’d probably avoid me too. My nearest and dearest especially, those poor creatures who heard and saw me shaking and hacking, wide-eyed from exhaustion, bathed in my own flop sweat, a customised horror clip nobody asked for, I would elicit nothing short of total avoidance, although they have been some of the kindest. Most people who have heard that I was a bonafide COVID-19 patient seem to want three things; to hear what I did wrong, to know what it was like and to make sure my pox stays away from their house, sometimes even in digital form. The minutiae of my day to day post-illness is not sexy. And I get that too. We all have bigger things to worry about.

Like you, I am terrified for my loved ones. [My best friend] made me drink a disgusting Gatorade the colour of anti freeze every two hours over FaceTime (a ritual I came to call ‘taking the blue’) and ignore my own natural inclination to wheeze lies about how I was ‘just a bit under the weather’ and instead be honest with the hospital doctors about my worsening condition (whom I am also so, SO thankful to. It was early enough that they were able to call fairly routinely and even had a clinician monitor me once every two hours on my worst day, the aforementioned shaving foam puking in trash bag incident, so they’d be on alert should I need admission. It was the only day I cried). Although a lot of people have migrated to the country, a spring version of East London’s December mass exodus, he’s still in a crowded area and his daily walks are spent dodging ‘sun seekers’ having unseasoned barbecues in groups of ten or taking the unprecedented opportunity to practice Yoga in the street. I’d be devastated if he got it too. My family are all okay, my mum and stepfather are positive it was the ‘mystery illness’ they had when they got home from Lisbon in January, although they’re still taking the necessary precautions, and I’m the only one of my friends who has had it so far which I guess is the case for you too. I can’t say with any sincerity it is something I would wish on most anyone else and I hope that streak continues.

So. I’ve been doing what I’m supposed to, plenty of fluids, lots of rest. My therapist also suggested I write back to you, she said ‘connecting’ again was healthier in the long run than sitting in my darkened room watching old MTV shows and she’s chic as fuck so I listen to literally everything she says. I have the same marrow-deep existential dread as most of the world. But the amusement in watching a 7-foot French dickhead licking a row of microphones before a group of confused and appalled reporters, before later announcing he had since tested positive in an apology most reminiscent of an ad hoc hostage tape is perhaps more jejune when not tinged with fear for one’s own personal safety.

I’m trying not to be angry about how this actual pandemic was handled. About being called selfish for refusing to clap for the man who actively considered my life a write off because he himself is now struggling to breathe in a hospital bed. It does me no good. But I haven’t forgiven anyone either so 🤷‍♀️. I’m trying to keep my spirits up with intermittent reading, elaborate skincare routines and rearranging my home at whim. I walk in quiet places when I can find them. I read the news and I take breaks from the news. I’m grateful to be okay. Love you for checking. 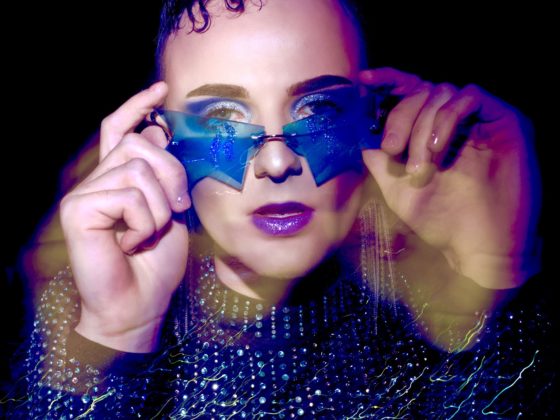