Spring is almost here! The days are longer, my seasonal affective disorder is subsiding, Real Housewives of New York has returned…AND some wonderful new releases are dropping this weekend that you simply must check out. I had the privilege of sneak previewing these two excellent debuts, and I urge you to give both projects a listen once they are available for streaming. Your ears will thank you!

We will be profiling both of these emerging artists in Ersa Magazine the coming weeks, but I really wanted to direct you to these projects the moment they come out because Pop Notes readers are always the first to know. Ersa is the goddess of the morning dew, so we simply must keep things fresh around here, right?

Jack Rua drops his solo debut single this Friday, March 15, and you are absolutely going to love it. “Scarlet A” is a glittery, foot-stomping disco sex bomb of a record, equal parts glam rock and slick electro-cabaret.

The song itself is remarkably well written. It’s constructed of solid hooks and slinky vibes, with production from tenderhook and Michael Heffernan that provides the track with a truly professional sheen. Still, there is raw energy that permeates from this record that keeps this an otherwise edgy affair. If I was running an underground pop radio station, this song would be in heavy rotation. I’d be accused of payola because I would play it so goddamn often! This song is appealing and highly listenable, and I’ve been listening to it all day.

Based in Dublin, Ireland, and formerly of fusion pop outfit The Jackal, Jack Rua has swagger and charisma. “Scarlet A” places him as the modern descendant of the glam scenester sound pioneered Ziggy Stardust-era David Bowie, beloved 00s disco rockers the Scissor Sisters, and early, pre-The Fame era Lady Gaga. If, like me, you’re a fan of the early underground Gaga deep cuts like “Rock Show” or “Vanity,” then you must give “Scarlet A” a listen, as it brings to mind a similar seedy, mascara-drenched glitterpop sensibility. Stream it this is Friday and stay tuned for much more from this intriguing musician!

Exploding out of the Richmond, Virginia underground queer dance party scene, Baby Momo is an absolute breath of fresh air. Their debut mixtape, Sapphoheart, drops Sunday, March 17, and it is packed with several delectable, danceable alternative pop gems. If you haven’t heard the singles “Big D*ke Energy” and “Radio Gurls,” go give those a listen now while you wait for the project to drop on Sunday. “Radio Gurls” in particular has become a favorite of mine–its haunting refrain makes this a true anthem about the transformative power of underground music and culture, and feels very of the moment.

A non-binary lesbian, Baby Momo is an exciting new queer voice with their own unique vision, and that makes them stand out amongst the current thrilling wave of LBTQ+ dance artists. They continue to explore identity on new songs like the title track (produced by Crapface, a personal fav of mine!), “Hands” (feat Des), and “Scissor Me.” All of these openly explore themes of lesbian love and eroticism over chilly, deconstructed electropop beats. One of my new favs, “Prodigy Bitch,” is sort of a chanted tribute to the artpop queen herself, Lady Gaga. The track starts off sounding like a rave imploding at 4 am, but the underlying tension gradually percolates and percolates until the song blasts off like a UFO soaring toward the dawn.

Sapphoheart is an electrically-charged debut project, and immediately made left me craving more from this emerging artist. There is a low-key sense of a futuristic fantasy behind the songs, which are pop-leaning with an underground twist. Also, I’d be remiss not to mention the visual art provided by Cyberful sparkles and gives the project adds a certain slickness (graphic designers are the alt-pop equivalent of a rock band’s lead guitarist). I highly recommend you check out Sapphoheart when it drops via Lez Pop this weekend! 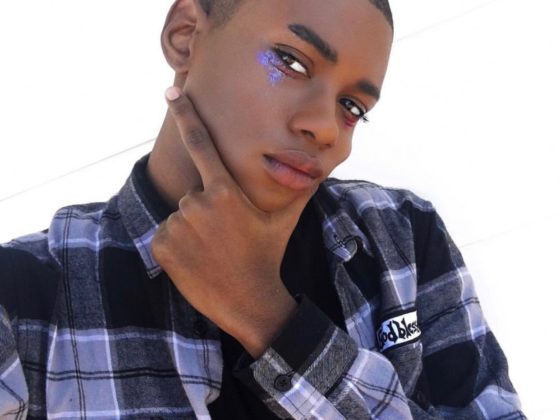 That Kid: A Star in the Moonlight 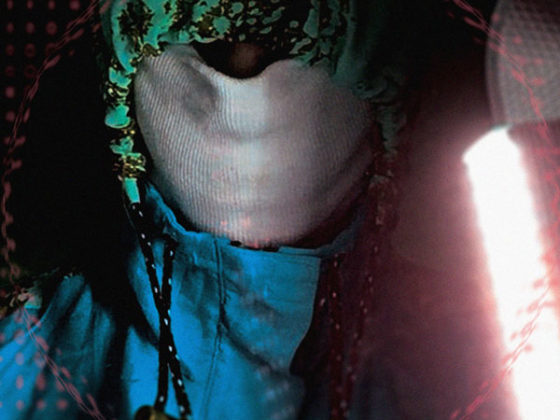 Himera A Glance in Hope’s Direction