Bursting out of the Bay Area queer underground, we are pleased to introduce you to emerging pop artist Marxoxo!

Marxoxo first caught our attention when he teamed up with rapper Diablo on the iconic dirty disco anthem “Daddy,” a single from Diablo’s excellent album Hell is Boring Without You (it is seriously one of the best albums of the year and something you should all be streaming, btw!).

Our sweet Baby Marx has recently followed that up with his own single, LDMAT. Built over lush, stuttering 808 drum kicks and featuring gorgeously autotuned vocals, LDMAT is a brilliant pop single that is simultaneously shiny and dark. LDMAT, like his earlier single, Mines, functions as a prism: it is music composed on dark surfaces that at the same time radiates a spectrum of colorful light. “It doesn’t mean anything if you love me,” sings Marxoxo in a voice so drenched in pain, emotion and yearning that it is hard to believe he really means what he is saying.

Like many artists riding the bedroom studio wave, Marxoxo brings an almost punk approach to pop, reimagining the genre in his image. In his case, that aesthetic consists of contemporary trap-pop soundscapes chopped up and blended with a mid-00s emo/pop-punk sense of melody and urgency. Combine that with a flashy, bratty sense of fashion and a preternatural understanding of pop as medium (developed from absorbing music videos and competition shows on TV from an early age), and you will find a true rising star in Baby Marx!

We were very excited to touch base with our new favorite Bay Area hometown hero to learn more about who he is and what sets him apart from the rest of the underground pop class!

POP NOTES: Hi, Marxoxo! So, who are you, and how did you begin recording music, and why?
MARXOXO: I am a queer, 2nd generation Asian-American, cyber baby angel, pescatarian, artist, and adorable TROLL doll LOL. I was always into music growing up, one of my family’s favorite pastime was watching American and Filipino idol contests, and when my sister and I were like, 4, we would compete in our living room by doing karaoke to Mariah Carey and Britney Spears. After that, I got into my elementary band, like every other kid, and dropped out cause they wouldn’t let me play piano, learned piano, then started producing, writing, and recording my own music since 2012!

POP NOTES: I’m really obsessed with knowing where everybody’s from and how it relates to their art. Where you at and how does it influence your sound?
MARXOXO: I’m from the Bay Area of California where Mac Dre, Kehlani, H.E.R., and G-Eazy are from. Fun fact: I actually went to high school with H.E.R. Obviously we have a deep love and respect for hip-hop and r&b here, and as much as I love pure, fun, pop music, I grew up listening to our roots and love trying to incorporate them in little ways into pop. I feel like the most exciting and inspiring thing going on in the Bay right now, though, is Swagger Like Us.

Swagger is like this regular QTPOC party/event series run by davOmakesbeats and their label Mollyhouse Records. The first party I went to when I got my fake ID was one of their Halloween parties, and it was literally INSANE. Plus they’re super supportive of the local ball scene, which a lot of people really only have access to by like watching Paris is Burning on Netflix. Seeing and feeling the QTPOC community creating and maintaining a space where we can be free and safe and not just be some hashtag on Twitter is really something I believe every queer and trans person of color deserves to experience since it sure as hell boosted my confidence in my music and my identity.

POP NOTES: You have a sound that reminds me of a blend of emo and electropop. Is that a fair description? Who are some of your musical influences?
MARXOXO: Awh, thank you! That’s exactly what I was going for! I feel like my influences, while definitely coming from other artists, come more from the important people in my life and how we share and experience music together. For example, when I’m with my sister, my mom, or my best friend, there’s always a certain vibe and artists that soundtracks the time we spend together. If I’m with my sister, we’ll usually listen to like Britney Spears and E-40, and if I’m with my mom, we’ll listen to Mariah Carey and K-Pop. My best friend and I listen to everything, but we have a whole like, stoner playlist, full of emo hip-hop and anything atmospheric like Keshi, Joji, and Kelela that we usually listen to.

POP NOTES: Can you tell us a little bit about your creative process?
MARXOXO: It depends! If I’m working by myself, specifically if I’m producing my own track, I’ll usually work top-down from the melodies and hook. When I’m writing lyrics, it feels like I’m painting a picture. Sort of like capturing a feeling, a memory, and a moment in time. Once I got the basic song structure down, I’ll go in and start writing the bass line and chords. Lately, I’ve been trying to allow myself to be more open to working with others, whether it be producing, mixing, writing, etc., and because it’s collaborative the process usually varies from person to person and project to project.

POP NOTES: If you were introducing someone to your music for the first time, which Marxoxo track would you suggest starting with?
MARXOXO: Ahhh! That’s a hard question but definitely, LDMAT, not only cause it is more recent, but I feel like I was really flexing my writing, production, and vocals on it. Triple threat. If not that, then definitely Daddy with Diablo cause everyone goes HARD for it!

POP NOTES: Tell us about LDMAT. How did it come about?
MARXOXO: LDMAT came from just like reflecting on a period in my life where I was just really really scared in pursuing romantic relationships anymore and reflecting on the sort of, not to sound corny, psychological trauma I’ve experienced in my relationships with men. I think it is related to the queer experience and how for me, and plenty of other queer kids growing up, we might have strained relationships with father figures, partners, or even how some of our first experiences in ‘dating,’ in the 21st century, is online. I could probably write my whole senior thesis on the topic, haha, but that was then, and this is now, and I’m so glad and proud my character arc has moved past that. :’)

POP NOTES: Who are your dream collaborators? Are there any artists you are currently working with that we should check out?
MARXOXO: Donatachi! His production style is the perfect blend of bubble gum electro with heavily quantized drum patterns which I’m OBSESSED with. I’d also be so game to work with Of Methodist, Neve, and Himera. Right now I’m working on a track with Boy Sim and another track with Diablo that Marcus Saint and I produced. Maybe we might even do a whole Marxoxo x Diablo EP, who knows.

POP NOTES: Omg, we STAN Donatachi so hard! And of course Himera is a friend of the column, so you two should definitely collab. In closing, what can we expect in the future from Marxoxo, and where can we find you online?
MARXOXO: I have soooo many plans for this year! I’m literally graduating in 2 weeks (at the time of writing this) then literally right after that, I’m going to LA to film this music video for my next single. It’s gonna be so crazy cause I’ve put a lot of time and money in planning and curating it and a bunch of the girls like Davy Boi, Diablo, Kit Major, and MORE are pulling up to be in it. It’s gonna be so much fun, I’m SUUUPER hyped just thinking about it! I think I’m going to do a remix EP for the track too with Eriq, Dynastic, and Internet GF, we’ll see. You can find me on Twitter, Instagram, and Soundcloud @bbymarxoxo. That’s my facebook @ too, but I don’t use it so (ﾉ◕ヮ◕)ﾉ*:･ﾟ✧

POP NOTES: Those are all amazing collaborators, and we cannot wait! Thank you so much, Baby Marx!! <3 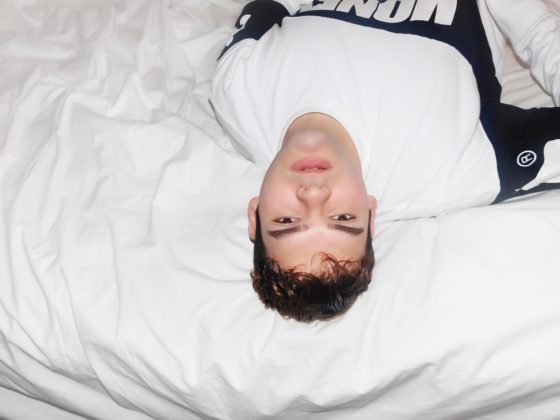 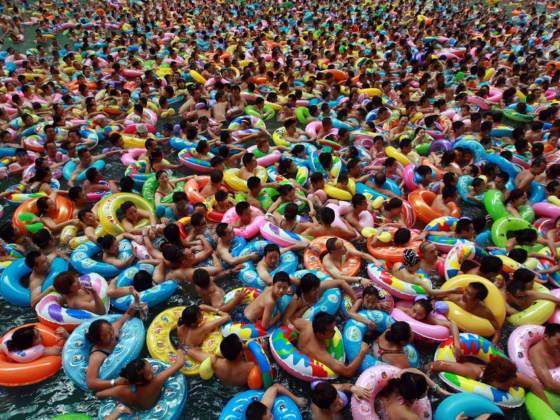