Chrisy Nova is an emerging underground pop artist based in Long Island, NY. Blending elements of deep house and electronica with a heavy dose of the avant-garde, Chrisy Nova is carving out a signature sound that sets him apart from many of his queer musician peers.

Last year, Nova self-released their debut EP, Embryo, which contained four gloomy, genre-bending darkpop treats, including the breakout hit, “Moonlight.” The release opens with the moody atmospherics of “Love is Dead,” a sparse, goth-pop inflected soliloquy on the fragility of modern romance. Chrisy Nova’s solemn voice is charged with a sense of longing which undulates between high and low registers and is always emotive. “MoneySpell” blurs the lines between hip-hop and hop, while “Moonlight” contains a memorable hook and doesn’t stray from the melancholy vibe of the project, despite ostensibly being a love song.

In July, Chrisy Nova will drop his latest single, “L.A.,” a magnificent excursion into housey electropop. Nova’s songwriting abilities are particularly sharp, as he reflects on a visit to the best coast over a hypnotic beat and a daft flute sample. With another EP and a full length debut in the works, we caught up with the artist to find out a little bit more about who they are and what we can expect next from this versatile electronic musician!

POP NOTES: Tell us your origin story: who are you, how did you begin recording music, and why?
CHRISY NOVA: Well, my name is Christian, but my nickname in high school was Chrisy, so I just went with Chrisy Nova as my stage name. I’m from a small town called Freeport here in Long Island, although I technically grew up in Manhattan. I began recording music when I was maybe 11, but my music was terrible–like really bad. I then restarted making music when I was 18, they were also bad, but it was due to me dating this producer and yeah he wasn’t really invested in my work. So it was a bad time in my life. The only songs that I feel that I made that were with him. I suppose we were Cigarette and All Black, which I sorta stole the beats from his folder and then went to the studio unsupervised. Yeah, it was a bad relationship. But yeah.

POP NOTES: I’m obsessed with the relationship between locality and artistry. How has where you are from or where you write and record influence your sound?
CHRISY NOVA: Well I definitely incorporate a lot of hip hop and rock elements in my music which is prominent here in new york. I don’t think my sound definitely fits where I’m from though. Like I’ll get casual listeners to say I’m very talented but think it’s weird and they compare it to gaga, which I don’t mind.i’m a little monster anyway so.

POP NOTES: You have a sound that reminds me of really classic, soulful house but with sort of a dark, punk twist. Is that a fair description? Who are some of your musical influences?
CHRISY NOVA: I think that’s fair to say. I like to call my music digestible experimental music. Like I think there are only a few artists who’ve made experimental music while still being able to feed it to the public while not force feeding it, and in my opinion, that’s Charli XCX, James Blake, Banks, and Billie Eilish. I feel what I’m doing with my music is trying to be unique in sound while still being pop. Like I don’t want to make a basic EDM song while repeating the same words over and over, that’s so low brow and so corny. But ironically it works for memes and memes makes people famous so who knows, maybe I’ll do it one day. As for inspirations, I don’t know really. I don’t like to emulate anyone, I think that’s cheesy. But I love drag queens and definitely take inspiration from their looks, so that’s that on that.

POP NOTES: I’ve read that you produce your own tracks in addition to writing and recording your vocals. Can you tell us a little bit about your creative process?
CHRISY NOVA: I go for very pretty but also noisy sounds usually and combine them together kinda like hell meets heaven. I don’t do the mixing and mastering, I work with an engineer (his name is Rob McGovern), whenever I work with him I tend to send him a shit ton of instructions to work on the vocals because I love vocal effects. But in terms of writing it takes me a while, like lyrically I’m very honest, but I don’t want to overshare. Vulnerability is hard, so using a mask for it is easier, I suppose.

POP NOTES: If you were introducing someone to your music for the first time, which Chrisy Nova track would you suggest to start with?
CHRISY NOVA: Moonlight, the white gays/girls, eat it up since they love basic EDM so much!

POP NOTES: Tell us about the new single, L.A. How did it come about and what should we expect?
CHRISY NOVA: L.A. is about friendship and sorta living in nostalgia. Yeah, it’s a song about loving your best friend who you ran away with to L.A when you were 16. I was inspired by the song “Down in L.A” by Munk for the chorus. Before you ask, yes it’s based on a true story

POP NOTES: Who are your dream collaborators? Are there any artists you are currently working with that we should check out?
CHRISY NOVA: I really wanted BBNO$ on L.A I obviously don’t have the funds for that. But yeah, I sorta imagine his voice on like a rap bridge, but also he’s never done like a pop song so he would’ve just blown me off. I would love to make a song with Bhad Bhabie, Shygirl, sega bodega, and Timbaland, especially Timbaland he was my idol as a little kid. I ‘d like you to note how out of my league these people are. But no I’m not working with anyone, I suck at networking. But check out Kyunchi and Marxoxo, I feel like they’re are genuinely one of the few who have been kind to me in the music world in terms of the EDM hemisphere. So that I appreciate.

POP NOTES: What can we expect in the future from Chrisy Nova?
CHRISY NOVA: well I’m working on the follow up to Embryo, which is Fetus (it’s another EP) and then it’s my album B1rth.

POP NOTES is a series exploring the emerging universe of underground electronic pop music. Rather than try to name this musical ecosystem or define what it means in terms of genre or substance, Pop Notes will be profiling the many art stars that make up the vanguard of this exciting new wave of pop, to render a picture of this digital movement in its own terms. Like punk, rave, electroclash, and bloghouse before them, this is a scene bursting at the seams with reality-warping DIY energy that is undeniable, addictive, and seemingly poised for world dominance(??). Stay tuned for more profiles of exciting artists emanating from the online pop scene! 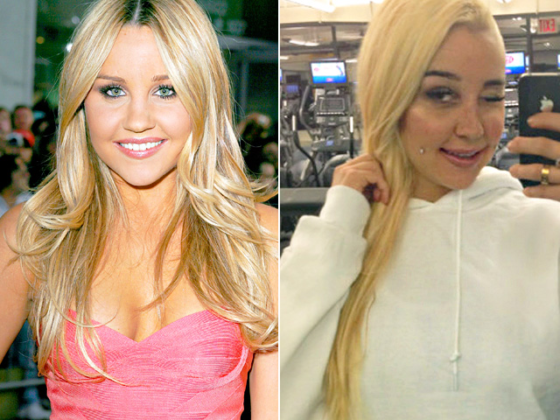 Laughing All the Way to the Bank: Amanda Bynes and mental illness in media 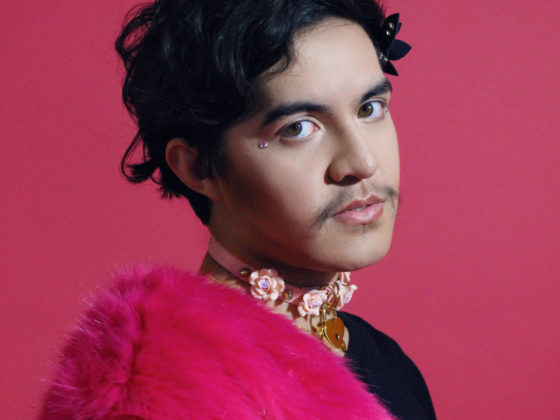