NYC has a new underground it girl, and her name is Magda.

Her music feels cool and vital and interesting. It has that downtown edge with a pop sheen, and I am totally here for it.

Out of the many underground pop artists I’ve devoted my research to following, dissecting, and celebrating, she’s quickly become one of my favorites. Magda is developing a signature sound, and she is owning it. I love that for her!

In Magda’s music I can hear the echoes of the past, as she struts toward a bold new future, careening along downtown streets like she’s on a catwalk. I am one part pop historian, one part pop prophet, and three parts pop scientist. Magda excites all of these parts of me.

Magda has star quality and a lot of imagination and she feels absolutely pregnant with superstar potential. When I listen to Magda’s singles, I can’t help but feel something magical is happening. Her voice sounds sad but wise, alluring yet distant.

As an OBSESSIVE student of the various subcultures that has made the NYC a vital space for the ever-evolving underground pop tradition. I’ve poured over the recordings and studied every word ever written about this cultural history. From Warhol’s Factory to the Mercer Center’s glam and art rock movement, from the infamous early days of disco at David Mancuso’s Loft parties and Larry Levan’s Paradise Garage, to the punk and scenes that begat no wave and electro and the early 80s downtown scene where all of that collided, through to the 90s Limelight club kids and the turn of the century electroclashers and Brooklynite warehouse ravers: NYC has a distinctly rich subcultural heritage, and Magda is the heiress to this entire legacy. She seems poised to draw upon it. An art star on the brink of a breakthrough, Magda is not just ready to make the scene, she is preparing to redefine it for the present moment.

My introduction to Magda’s music in the form of Player 1, a slinky, haunting pop single with a memorable hook. The song was made in collaboration with Dvnots, who is a talented and brilliant producer in her own right. The track is composed of lilting rhythms and ornamental electronic flourishes. I found myself humming the song’s refrain one night while I was doing the dishes, which is one of the ultimate hallmark of pop excellence. The song really stood out to me amongst an ever increasingly crowded pack of diy pop recordings, and made me curious and excited to hear more.

Magda followed up Player 1 with Underground, where she channels her role as the princess of New Amsterdam to pay tribute to all things subterranean (both literal and figurative) as she rides the subway from the lower East side back home to Brooklyn, still tipsy and high from the club, alone but also never really alone in the comfort of her metropolis. “I’m lucky if I make it out fine” she sings–a reminder that as a trans woman, she’s never safe from violence.

Underground was followed by her pièce de résistance, Naomi Campbell, a gently aggrandizing anthem of self-acceptance. Naomi Campbell finds Magda singing “I’m the baddest bitch in the room,” and manifesting imagery of her dismissing foolish socialites and scenesters and dodging paparazzi over a beat which sounds sub-tropical meets 80s electro. There is something about Magda’s sound which is somewhat rockist–in her art-damaged vocals, her complex yet minimalist sound (by pop standards), her adherence to classic pop song structures, and the dissonant touches that percolate in the background layers of her tracks. Rock star, pop star, or art star? Perhaps Magda is a synthesis of all three.

Each of her singles released thus far are pure excellence, and only left me craving more from this provocative artist.  If I was putting out my fantasy compilation showcasing the best of underground pop, I would have the hardest time deciding which song of these three songs to include to best represent Magda, because I love them all. In my mind, Player 1, Underground and Naomi Campbell form a perfect NYC trilogy!

Magda’s full length debut, Evangeliion, drops August 23. Check out with our Q&A with her below, and prepare yourself for Magda world domination to follow!

POP NOTES: Hi Magda! Can you tell us where you are from, and how your hometown influences your music?

MAGDA: I grew up in Babylon Village on Long Island. It’s a small place right next to the beach. Being so close to the ocean inspired me to make music that could stretch far across it to places I’d never been… I used to drive out to the docks with my friends and stare out towards the bridge and the beaches beyond to where the lights got dim. I miss seeing the stars at night!

POP NOTES: Who is Magda, and how did you begin making music? Tell us your origin story!

MAGDA: My grandmother would play me classic records from Pavarotti and Donny Hathaway while my parents were away at work, and my father would tell me how he watched Michael Jackson rise to god-like fame in his lifetime when he came home. I was obsessed with the flexibility of pop music and how all of these different artists embraced pieces of it to propel their individual craft. The self-mythology of “making” yourself spoke to me on levels that I was too young to even fully understand until I reached adulthood, moved to Brooklyn and transitioned. From those years of culminating musical and emotional knowledge, Magda was born!

POP NOTES: Your music has elements of electropop, but there’s also sort of an art rock influence to me, if that makes sense? The word that I keep coming back to is “Downtown,” which is a term I associate with bohemians/artists/coolness in general. But that’s just me! How do YOU describe your sound?

MAGDA: Art rock! I love that. I feel like my music will always come attached with a downtown vibe because it’s where I spend the majority of my time. I’m always going to make pop music, but it’s also going to reflect the place I’m at. Whether it be at the club downtown or at a salon on 68th. I’m a pop chameleon!

POP NOTES: Player 1 was produced with Dvnots, another underground artist whose work I enjoy following. How did you two come to work together? Tell me a little about the difference between producing for yourself vs. collabing with another producer.

MAGDA: Working with her was such an organic experience! She sent me over this stem of a few plucky electronic chords and I built an entire demo around it. When she sent back the final track I was shook, BOOTS! So excellent. I penned the lyrics in about an hour. I really love the opportunities I’ve had to work with other producers on this album and a set of fresh eyes on a project can be what pushes your song to the next level. Producing for myself is always more of a challenge, but I can’t help but challenge myself! I want to keep pushing my boundaries as far as they can bend and then some.

POP NOTES: Tell us some non-musical things that inspires your music.

POP NOTES: Who are your dream collaborators?

A: My dream celebrity collab would DEFINITELY be with Lady Gaga or Rihanna. Their power as pop culture mavens and industry legends is what breathes fire into my soul! As far as underground artists, I would love to collaborate with Slayyyter or Namasenda! They’re dope.

POP NOTES: Okay, let’s say I am putting you on my fantasy underground pop compilation that will define the scene and introduce your music to the masses. Which song of yours should I choose to include??

MAGDA: Oh wow… well if I had to choose, Evangeliion, The Zone, and Player 1 would be my underground pop playlist essentials! The stark contrast in production across each track defines where I think my sound is at so far.

POP NOTES: Okay, fine–I’ll add all three lol! I know you are a huge fan of Lady Gaga, as am I of course. Can you tell me your favorite unreleased Gaga song of all time?

MAGDA: It’s a toss up between Brooklyn Nights and Stache. Long live ARTPOP!!

POP NOTES: Here, Here! Besides fame and money (obviously lol!), what is something you hope to accomplish through your music?

MAGDA: I want my music to help people to get back in touch with themselves. This journey has been one of self-realization for me and it’s highly reflected in the music. I hope, through sharing my experience through music, people can start on a journey of their own.

POP NOTES: Tell us what we can expect next, and where can we find you online!

MAGDA: My debut album, “Evangeliion,” is dropping on August 23rd! So excited to share my first full-length with everyone. Also planning a video for one of the singles from the album, but I won’t tell which! Gotta keep you all guessing a little bit. Merch also coming soon! Magda coutures for your nerve! You can find me @BookOfMagda on Twitter and Instagram for updates. 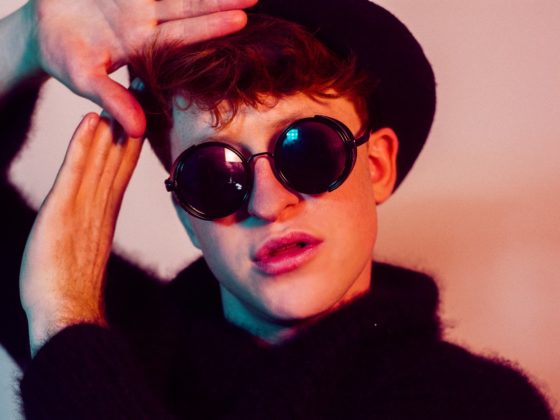 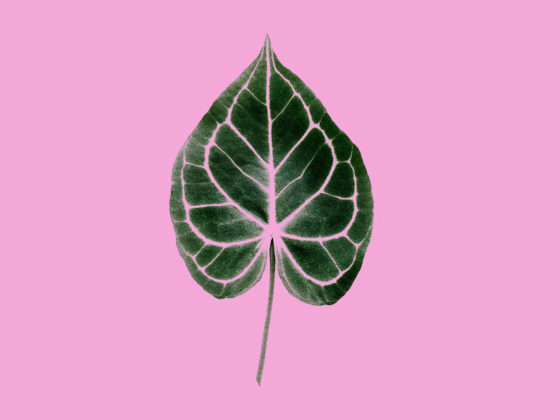